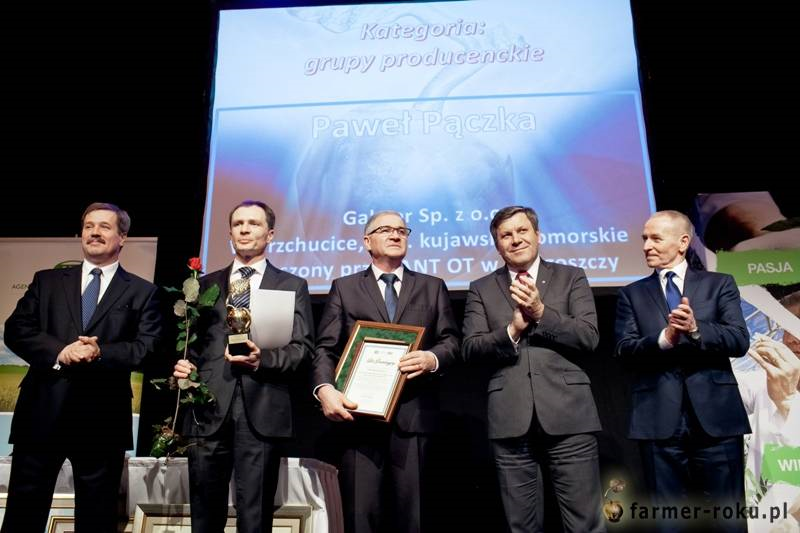 The Final Gala of the 21st edition of the National FARMER-FARMER OF THE YEAR Competition took place at the Westin Warsaw Hotel on February 6, 2015, during which GPO GALSTER sp. z o.o. received the first place in the category of Producer Group.

The golden apple award was received by The President of the company Paweł Doughnut.